Would buy GPD Pocket if...

If GPD made a PRO version of the Pocket, you'd expect it to...

Would buy GPD Pocket if...

Hello everyone, and hello to the engineers @ GPD!

I'm a .NET developer working on various projects from websites to windows services. I was seriously considering forking $500 to get myself a GPD Pocket when I realized that there was one crucial item missing from this device: the ability to load up a SIM card into the GPD and have access to the internet! I mean since this device is meant for ultra-portability, having a SIM card and the ability to access the net via 3G or 4G is a no-brainer.

It would also be lovely to see more storage space on the device - 128GB just doesn't cut it, you know? 256GB is I think the strict minimum for someone who uses Windows for productivity... this would really help those who want to get work done while they're on the go. Let's not forget that Visual Studio 2017 requires 130GB for a complete install!

Perhaps a GPD Pocket PRO version? I envision a similar device with 8GB or 16GB of RAM and 256 or 512GB of storage...
Would still be better than the Surface if you ask me

Otherwise guys, thanks for making such an awesome device. I hope my suggested improvements will be taken into consideration. I'm glad to know about GPD 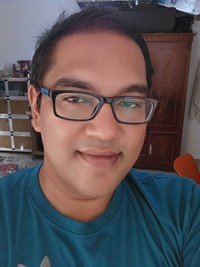 If they could make it as wide and deep as the following with the keyboard using all available space and the Trackpoint in the correct position, it would provide a much better keyboard experience.

A Trackpad would require excessive extra space and it would no longer be a UMPC.

A device like this would be superb for Touring Cyclists and Backpackers.

why this choice ?
the actual pocket does have bt ofc.